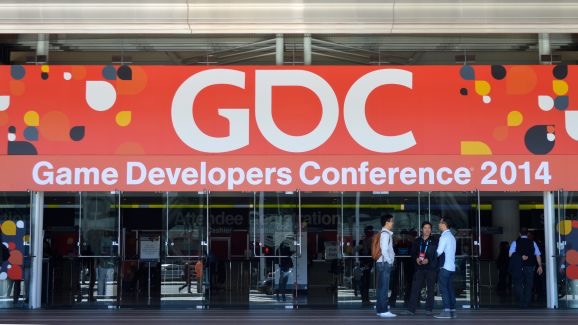 2014 was definitely a year of graphics and rendering at GDC. The buzzwords on the software side were:

Also, we had the announcement of two new rendering APIs: Mantle by AMD and Direct3D-12 by Microsoft. On the hardware side, the focus is going to be Virtual Reality peripherals. Oculus has its second version of Rift almost ready to ship and Sony is now trying to cut into the action with their “Morpheus” VR headset, which is a PS4 only peripheral.

We are fast approaching a sweet spot in graphics programming and graphics hardware. Most GPUs now have enough power to render polygons with some physical lighting properties. Eventually, real-time rendering will be possible with full Ray Tracing, but until then, several physical properties of light and materials can already be simulated with polygon rasterization.

Crytek is probably the studio that is deepest into PBR right now, and they have to be anyways, it is their tradition to always be the leading developers in graphics engines. For their upcoming title, Ryse Son of Rome, they’ve stated that they didn’t want it to have a “gamey” look. I must say that they’ve succeeded. From what I’ve seen, the game looks a lot closer to CG feature films than anything done so far, in my opinion. Crytek gave a one hour talk on the techniques used in the game’s rendering engine. The slides will most likely be available in their website soon, if not already. Some fine points that I remember and can comment are:

Well, a lot has been said about how you can’t really have a lot of benefits by threading a renderer. This might actually be true for drivers like OpenGL and current D3D, which are essentially monolithic and designed to run from a single thread. The best we could do then was to adopt a functional threading model and assign a specific thread just for rendering and perform all API calls in there. This is far from optimal, but can ensure the GPU is kept busy. Balancing the load between cores is next to impossible though.

This will now change with AMD’s Mantle API/Driver. Mantle supports the concept of “user command buffers”. Which are basically user-side buffers that store all the info and state needed for draw calls. These buffers can be constructed and submitted concurrently, allowing a task-based renderer to be easily implemented.

The guys at Oxide did just that with their Nitrous Engine. According to their reports, they have achieved the highest throughputs so far in their test hardware, when comparing Mantle against GL and D3D. Microsoft is more than likely to follow in the same path and install similar features on Direct3D-12.

32bit Operating Systems need to die, end of story! And it seems like games are going to be the ones to pull the trigger. Titanfall already requires a 64bit version of Windows. And a lot of AAA titles should follow on this line, since pretty soon more that 2 Gigs of memory will be needed to store game assets, and a 32bit OS won’t cut it.

Oculus gave an awesome talk on the gotchas and pitfalls of current Virtual Reality rendering. We actually have to respect a lot of real world constraints to make a VR simulation look good and immersive. In fact, just the positioning of the camera by itself can have a huge impact. One big issue is that the player is usually sitting on a chair when playing a game, however, the game character (in a first person setting at least) is normally standing on his/her feet. This results in scaling problems that will lead the player to perceive an awkwardness in the game world.

I’ve found all these details amazing. To become a good VR hardware developer you actually need an extensive knowledge of the human visual system and the inner workings of the brain that deal with motion and vision.

Oh, and another important thing, Oculus suggests that VR games should ideally be rendered at 75 FPS or more! Also noting that you have to render both eyes at 75 frames! So I personally think it is still going to take a while for games and hardware to catch up with Virtual Reality.

SteamOS and the Steam Controller

I’ve played a demo of Broken Age running on SteamOS and with the Steam Controller. The controller prototype was 3D printed, so it had a very rough texture, but it sure felt nice and easy to hold. The final version will very likely be casted on plastic, just like a PS/XB controller. The touchpads in the controller are very interesting and comfortable. They can be used to simulate a mouse and there is an actuator under each pad that can give force-feedback to the user. In the Broken Age demo, it was used to simulate the mouse wheel scroll. It indeed felt just like a mouse wheel spinning under your finger. When connected to SteamOS, the controller’s buttons can be remapped to whatever scheme the user likes. There is a keyboard/mouse emulation mode where you can pretty much use the controller to replace a keyboard and a mouse on a PC. The controller also has two additional buttons under the handles, which are new to me. These new buttons can also be rebound by the user or the game can assign a default function to them. When in the keyboard/mouse emulation mode, the application is completely unaware of the Steam Controller. It just receives normal mouse and keyboard events. To take full advantage of the controller, the game can of course implement specific support for it.

Probably not seen by many, but worth noting it. Intel’s booth at the expo floor was displaying a new tech they call RealSense. They are basically trying to achieve a Minority Report like human=>machine interaction. Okay, they still don’t have the holographic screens, but the hands tracking is in place! Basically, they use a camera to track hand movement and gestures. The camera is accurate enough to detect finger movement, so you can place yourself in front of the computer screen, with a camera right above it, and move the mouse cursor by pointing at it with your finger and them moving your hand, never touching the screen. The system wasn’t quite as accurate as one would like though. Probably because the camera resolution was too low. But the idea is pretty cool regardless. Add some holograms and better precision and you’ve got that cool wall sized PC that Tom Cruise played with in the movie, and without the need for special gloves!

Well, that’s it for now. GDC is a huge event, and there’s a ton of other stuff that happened this year, but unfortunately you can’t catch all the talks, presentations and side events. Those were the things that most caught my attention and that I could attend to.

Oh, and by the way, for those that don’t know, GDC United States happens in San Francisco, California. So if you’re planning on attending the conference in future years, do yourself a favor and come to the city a couple days earlier and enjoy some of the endless touristic attractions of SF. Seriously, for those of you that don’t already know the city, it is worth it.